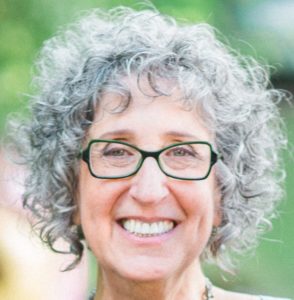 Cynthia Holz is the author of five novels and a collection of short stories. She was born and raised in New York City and came to Toronto in 1976 as a Canadian correspondent for Business Week magazine. Her fiction has been published in numerous literary journals and anthologies, and her essays, blogs and book reviews have appeared in The Globe and Mail, The Ottawa Citizen, Quill & Quire, and The National Post. Two recent essays have been published in Canadian Notes and Queries, with others in Grain, Event, and Numero Cinq.

She has been a Writer-in-Residence for the Toronto Public Library and taught creative writing at Toronto Metropolitan University for twenty years. She has also been a mentor for emerging short story and long-form writers in Diaspora Dialogues’ mentoring programs.

When she’s not reading or writing, Holz enjoys kayaking, snowshoeing, gardening or having a nap.

The Other Side. Toronto: Second Story Press, 1997.